Despite the promise of high winds and rain, 8 “experienced” members of the OEGS assembled at Royal Eastbourne GC on what turned out to be not too bad a day until late in the afternoon to take on the boys of Eastbourne College. The result was a 2-2 tie in a thoroughly enjoyable foursomes match.

We sent our 2 best partnerships out in the first two slots, leaving the match in the hands of our, even more experienced higher handicappers to bring the match home – “finishers” in Eddie Jones parlance. Well, the strategy worked fine to start with but unfortunately our finishers did not so much finish, as fade away.

The President and Tony Dunn went out first and secured a 5&4 victory over Toby Lock and George Pepper (thanks to their receiving 8 shots from the boys with their combined handicap of 2). The story was much the same for our second pairing of Tony Riddick and Iryna Photiou. They ran out winners by 6&5 against Brin and Sam who had not recently played much golf because of exams. So it was all down to the finishers. Ian Henley and Colin Farrant lost by 2&1 to Rupert and Yanni whilst Peter Henley and Patricia Seath were outsmarted, also by 2&1, by Alex (Iryna’s son) and Gus (who had to arrive on the 1st tee straight from an exam).

Alex Roberts the Master i/c golf at the College hosted us to drinks and sandwiches in a very convivial atmosphere in the bar afterwards, reflecting the charming and skilful way the boys had conducted themselves on the course and we went on our way, a good time having been had by all. 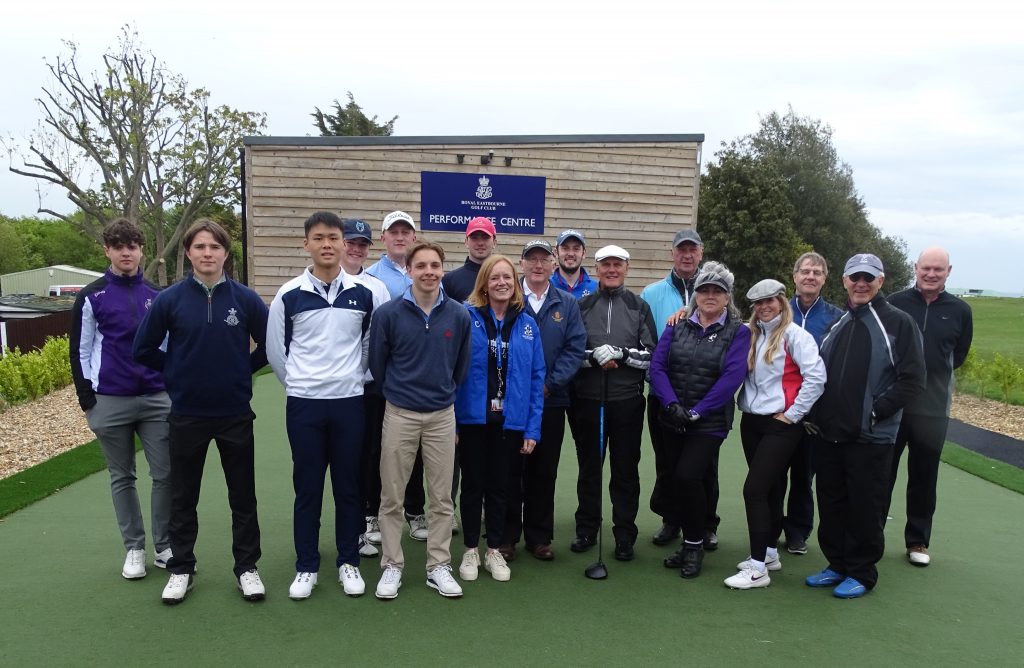