A fine contingent of OE’s assembled at West Hill GC for our annual battle with the fellows of Lancing.  (A friendly bunch whose company we always enjoy.)

A very good lunch was put on by the club and battle commenced at slightly after 2pm due to our enjoyment of the former.  The course was in sublime condition, basked in sunlight with lush fairways and fast, true greens.

Messrs David Dunn and David Burt initiated proceedings and in a closely fought match were overcome by the Lancing duo.  Ben Burrows and Peter Henley took on the second Lancing pair and whilst competitive shook hands on the Par 3 15th hole. Two to the good for Lancing.  Next up, the Captain (Grant Leonard) and Colin Farrant.  Colin had attended the Lord’s final the day before but from somewhere managed to muster the energy and fight to overcome Lancing’s third pair, rolling in a 12 foot left to righter at the last to win 1up.  Ian Henley and Trevor Hardy holding the anchor position, played some great golf and fought back from 3 down securing a half at the last hole. 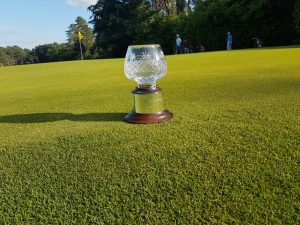 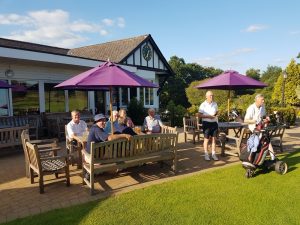